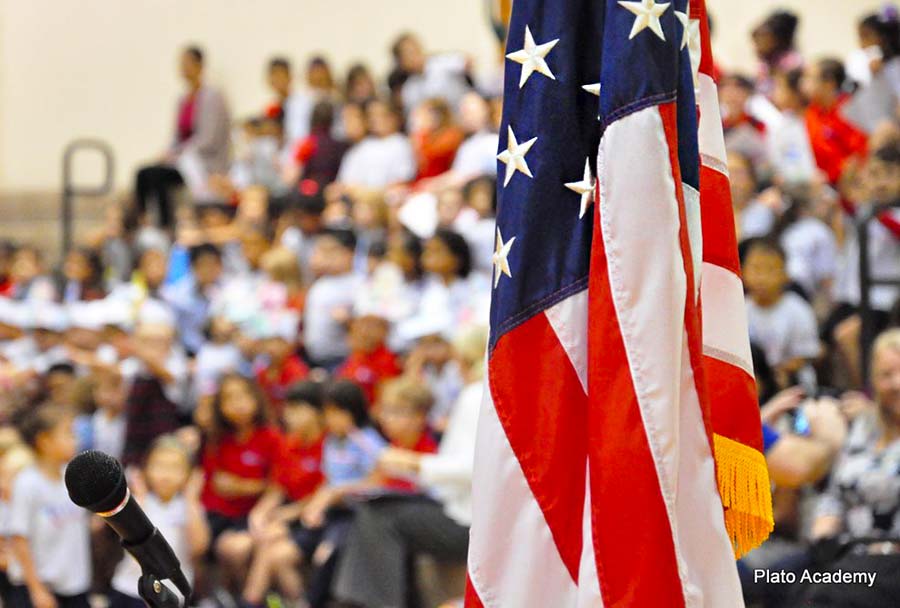 Plato Academy Tampa students and staff prepared a celebration on October 26, to honor the Veterans of our Nation. On the same event, the school commemorated the Greek “OXI” day (Greece’s decision on October 28, 1940, to deny surrendering to the axis forces but fighting instead despite the odds).

The School Principal Mr. Gunderson took some time to emphasize the value of the character trait for this month which is cooperation through an Aesop’s fable. The program continued with students singing songs in Greek and English under the guidance of their Greek teacher Ms. Maganas and their music teacher Ms. Boyles.

The event closed with a reference to Hispanic heritage month and Greek traditional treats. 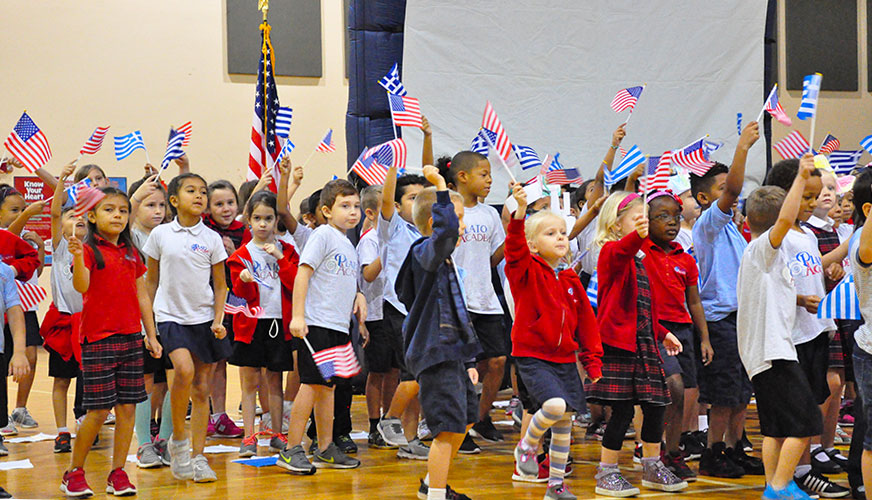